Nature works mysteriously. We have been plagued by series of by-elections due to the demise of people’s representatives both from Federal and States Legislative Assemblies.

Within 18 months there have been 8 by-elections with BN scores on one seat in Batang Ai in Sarawak. Now appears the 9th.

UMNO and BN should give a big tribute and thank you to the postal votes which saved Bagan Pinang seat from falling to the opposition in the last General Elections (GE).

In the State Assembly, BN have only 21 seats while the Pakatan Rakyat (PR) has 15…the weakest BN government in Negeri Sembilan (NS) that history can reminisce.

This marginal government led by a weak Menteri Besar is the next potential tapau for the Pakatan Rakyat in the next GE…so said the general public opinion.

Now the question is who is going to be the BN candidate for this by-election? BN has now has to be deadly definite that the candidate must be the best among the good potentials.

It is not just to win but to gain bigger majority than Azman secured in the last GE. Winning by lesser margin is a definite approval of the public opinion that BN is meandering towards a disaster in the coming GE. 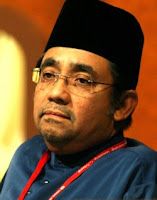 Teluk Kemang UMNO Division has unanimously decided to propose its own Division Chief, Tan Sri Isa Samad as the person to take on the mantle.

Isa was the former MB and a Cabinet Minister who unceremoniously resigned after the conviction of involving in money politics by the UMNO Disciplinary Committee but leaving behind him pools of experience in dealing with the opposition while he was in the government.

This by-election is going to be very attention-grabbing affair. It is a public familiarity that all the big political masters in the State are not united, be it the new or the veterans.

It would be just realistic if this by-election is just handled by folks of Teluk Kemang as active participation of leaders and members from other states may infest some unfavorable effects for a sure win.

UMNO in NS is at the weakest of all time because of Mohammad Hassan’s incapacity to bring the State UMNO integrated.

If UMNO is serious to improve the strength of UMNO NS the party should be taking the advantage of this by-election by taking Isa as the candidate who is fairly well accepted by the local voters.

Having Isa in the State Assembly again can help the State UMNO to count some hope for the party’s recuperation and repossession from the current serious fraction due to Mohammad’s malfunction as the State Party Chief.

For UMNO getting Isa to win the seat is of paramount importance as the weak Legislative Assembly can enhance the State Government by having Isa as a standby candidate for total reshuffle of the Government if Mohammad is still unable to get the Government out of the terrain.

Isa is impregnated with the experiences which UMNO badly needs if the party really wants to see its dominance in this State of Adat.

I admit that Isa was not spared from committing mistakes but that has been history as he is now a real full-grown leader who is able to consolidate the party which the current State leadership has miserably failed.

If Isa’s presence in the State Assembly becomes reality, the state UMNO has the chance to defend the State from falling prey of the opposition in the coming GE.

With the statements issued by majority of Division Chiefs clearly indicates the acceptance of Isa to play the patching role of the current adversities in NS UMNO.

As of now, stalwarts like Rais Yatim and Mohammad are not within the capacity to unite UMNO in the state.

Rais has himself being admonished by his own followers in Jelebu which is in a serious divide within the local leaders while Mohammad has too little a clue as how to manage human beings and politics in the State.

Mohammad has now lost total regards from the rakyat in the State and by having him to loiter around as the MB would eventually bring UMNO and BN to catastrophe.

Mohammad has been fond of developing lame ducks in UMNO Divisions in the State and for him to enjoy belittling them without exertion. He enjoys having yes men around him as that makes him feel powerful.

That is a crude attribute of a leader with serious inferiority complex which ultimately put the ruling Party to fall apart.

The Federal Leadership has to be honest and straight in making this decisive choice in Bagan Pinang. Let us take a consolation win this time around as we have been incessantly losing in all by-elections in the peninsular except for one in Batang Ai in Sarawak.

For whatever he is worth, Isa is still the best choice available for UMNO to defend Bagan Pinang seat in this important by-election.

I may be wrong in giving Isa the decisive points but taking any other person within the Teluk Kemang UMNO division is doing disservice to UMNO.

To Tan Sri Isa, I just wish him the very best of luck and if he wins he has heaps of tasks just in front of him for his careful and tactful read-through.

Believe me; he can sort out irritancies and encumbrances that UMNO is facing in NS at this instant.

Mohammad has too little a clue as how to manage human beings and politics in the State.

He and Khalid Ibrahimn shows how shallow minded our business people actually.

Don't we realised that in any discussion with any of those business-minded, they like to emphaisis they way think by the phrase "The bottom line."

Thats where business and corporate thinking people are ... at the bottom.

They can't think and appreciate beyond the normal and limited variables they are used to. These two examples shows they do not appreciate the common people.

Now I understand why traditional Confucian Chinese society give the lowest respect for traders.

Yet this country tend to give corporate personalities too much respect. Is it out of inferiority complex or envy or just plain dumb?

Don't they realised these korparat are swindlers and thiefs!

Aspan,
How much did Isa pay you to write this story?

Don't equate me with you who always need to be paid to say anything.

Can you identify yourself as I may consider paying you a bit.